Consumer technology-giant Apple (AAPL -0.89%) just released the iPhone 14 product line. You know the drill, right? The processor is faster, the cameras are slightly nicer, and the new device offers some features that weren’t there last year.

In particular, iPhone 14 comes with an unexpected and highly welcome improvement that might make iPhone converts out of some dyed-in-the-wool Android users. Yet Apple didn’t even mention this revolutionary upgrade at its launch event.

Yet again, it makes sense that Apple wants to keep a lid on this important redesign. The company has solid business reasons for doing so. Let me explain.

Apple is known for its tight-fisted limitation of home repairs.

iPhones and iPads are held together with special screws and cantankerous glue. When you manage to replace that cracked iPhone 13 screen on your own, you’ll find that the phone has lost its auto brightness and ambient light adjustments. The only way to keep those functions intact is to pay through the nose for an authorized repair by Apple’s technicians, who can use a special connector to update the screen’s expected serial number.

However, the recently unveiled iPhone 14 series made some radical design changes that make it much easier to repair than any iPhone released in the last six years. Independent phone-fixing businesses and enthusiasts, such as iFixit and Zack Nelson (JerryRigEverything), agree that this update is a game changer. Both the screen and the back panel are relatively easy to remove, making it a breeze to handle common phone repairs. That includes replacing a cracked screen or the all-glass back panel, and you don’t have to disassemble the entire thing to replace a scratched camera lens anymore.

“These changes to the iPhone will help it last longer and reduce its overall impact on the planet,” noted iFixit. “With any luck, it will inspire other manufacturers to follow suit.”

In Zack Nelson’s iPhone 14 teardown, he said that the parts that are most often broken are easy to fix in the iPhone 14. “I think the iPhone 14 screen and back glass are now even more repairable than on most Android phones, which is something I never thought I would say.”

Keep in mind that this wasn’t a minor nip-and-tuck redesign — it’s a complete rearrangement of the iPhone’s internal design. Every component inside the iPhone has been moved around in order to accommodate the new frame structure. 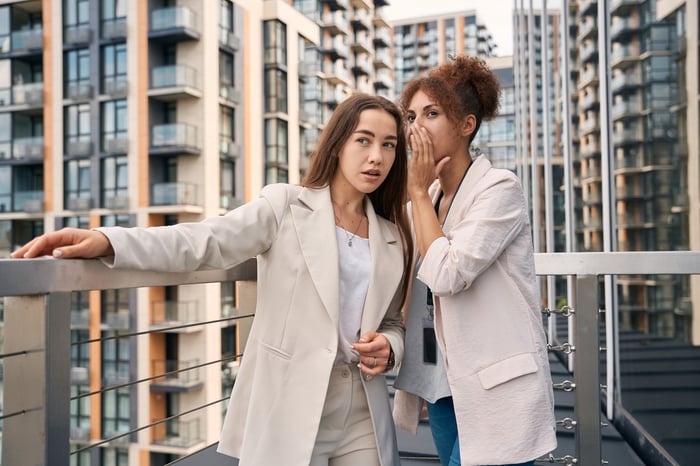 Why Apple isn’t pounding the table about this great update

This is arguably the most user-friendly change to the iPhone platform in years, but Apple is keeping quiet about it. Here’s how the iFixit team describes the situation:

All of our — and your — work has paid off. Our advocating, lobbying, yelling in the streets. We’ve convinced Apple’s design team that repairability matters. Now we need your help to convince their marketing team to talk about it.

Here’s the deal. Apple would market the living daylights out of the iPhone 14’s superb repairability if it wanted to steal customers from the Android system’s target audience. That’s not exactly the idea, though. Some Android users are more price-conscious than Apple’s nearly fanatical fans. Cupertino has no interest in generating additional sales if it also needs to lower the price point.

That’s especially true in this age of limited semiconductor supplies. Apple can already sell as many iPhones as it can make. There’s no need to lower the iPhone’s profit margins in this market.

The company could also make the case that an easily repaired phone can stay in your pocket longer. Apple would still love to see you buy a new iPhone as often as possible, preferably every year. Why stretch the service life of a highly profitable product?

Apple still isn’t really opening the door to home repairs or alternative repair shops. Replacing your iPhone 14 screen will still remove a couple of handy features due to a missing serial-number update, even if you got your hands on an authentic screen from Apple’s factories.

Instead, it looks like Apple wants to boost the profit margin on full-featured iPhone repairs. The back glass on an iPhone 14 Pro Max may be extremely simple to replace, with a lower risk of failed repairs and a shorter service time. Apple still charges $549 for that replacement, though. That’s up from last year’s cost of $399 for the same service on an iPhone 13 Pro Max.

It’s hard to say how important the AppleCare repair service is to the company’s top and bottom lines. Apple doesn’t break out sales or operating profits from this segment in its financial reports, bundling its results with advertising, digital content, and payment service revenues under the services division.

But services is Apple’s second-largest business category, trailing only iPhone sales. It’s also the fastest-growing part of the company’s business. Anything Apple can do to widen the profit margins in this crucial segment should be considered.

Making the iPhone easier to repair is a great example of that profit-boosting idea. Apple isn’t ashamed to make massive profits, which explains why many long-term investors love this stock.